Ezra Vogel's new book China and Japan facing history is a 500 page tour de force by an 89 year old whose grey cells fortunately live up to anyone else hubbing out of harvard
we will try and update our learning- but here's our first 3 study areas
1 how japan helped china 1978-1992 modernise
2 from 1992 why old troubles started to divide china and japan in spite of being where the greatest tech experiments for humanity were hubbing
3 sometimes lesser known biographies of characters in the last 1400 years of sino-japan relationships Ezra Vogel brings to our attention
----------------- Transparency Declaration - in my family's view only Asia can save humanity in time from G7 politicians who see their job as regulating not modernising their countries. This misdescription of public servants role comes at the most critical time parents and children have ever face -  when moore's law has exponentially compounded up to a trillion times moore tech than man needed to moon race- there is something terribly wrong with how superficial tech on earth has been -dont you thinks? ( if you disagree- don't waste time reading any more- if you might agree i am at chris.macrae@yahoo.co.uk ) 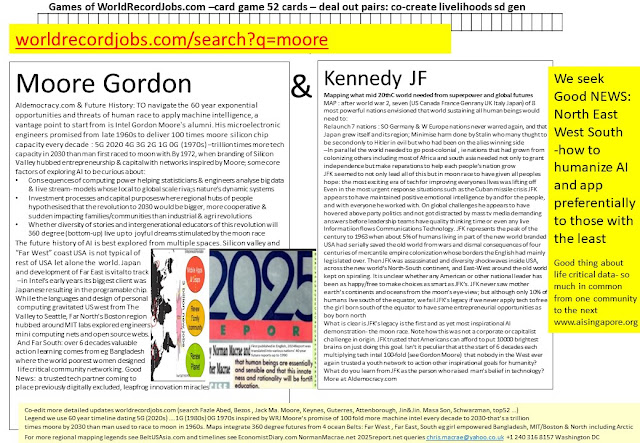 My father Norman Macrae used to tease fellow Economist Journalists- most history is bunk - thats because in the empire's education system academic history is often written after the case to read the way rich sponsors want. Of course some historians bravely wriote up alternative views- but which do you think get simplified into 5th graders history. When I  grew up in London i was puzzled why history we pre-adolescents were examined on never reached the 20th C-only m,juch later did i realise it ,must have been hard for the UK to examine how our coutry's colonisation of much of the world was the root cause of world wars.
21st C comes of Age
Whether you agree or not with 20th centuries past- Ezra Vogel's new book China and Japan facing history may well be the most important book ever published on sustainability opportunities of humans. Of course this systems chalenge depends on how you value exponentials- dad set a 70 year timeline from 1962 - consider Japan on humanising AI, going beyond carbon, celebrating a peace dividend, empowering the next girl born (including two thirds as Asians) to have a great chance at life because every community thrives through its own deepest diversity - see also David Atttenborogh 7 worlds one planet- probably the most important televisual knowledge you will ever see if valuing nature matters to you 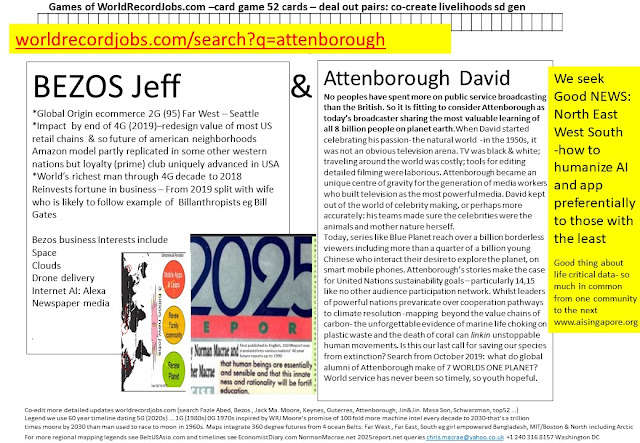