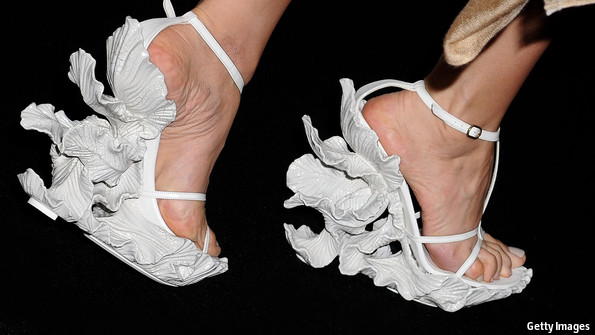 Ms Karimova, who is 41, strives to be a glitzy socialite. A self-described “poet, mezzo-soprano, designer and exotic Uzbekistan beauty”, she appears dolled-up in music videos to the thumping backing of hackneyed techno music. She has lured Western performers such as Sting and Julio Iglesias to perform at Style.uz.
But Ms Karimova is coy about her business interests. Four of her associates have recently been implicated in related money-laundering investigations in Sweden and Switzerland. In July she was suddenly removed from her post as ambassador to the UN in Geneva, and so forfeited her diplomatic immunity. Many saw a noose tightening around her. French police are reported to have searched two of her properties.
She does little to make herself appear sympathetic. In October, after her younger sister, Lola, distanced herself from the mounting scandals, Ms Karimova used social media to accuse her sister of practising “sorcery” and indeed of bewitching their mother.
All this has contributed to Ms Karimova’s image outside Uzbekistan as a caricature of the vain, aggressive and greedy child of a dictator. A leaked American diplomatic cable from 2005 called her a “robber baron” and “the single most hated person” in Uzbekistan.
There is no way to know what her 75-year-old father thinks of all this, or how much he even knows. Mr Karimov, whose health and grasp of reality are topics of speculation, has been in power since before the collapse of the Soviet Union. He has built no institutions to ensure a democratic transfer of power, which is why Ms Karimova’s accession has long seemed a possibility.
Daniil Kislov, an Uzbekistan-born journalist, thinks recent events suggest someone influential is attacking Ms Karimova, in an effort to push her out of the way. One possibility is the deputy prime minister, Rustam Azimov, whom Ms Karimova loudly accused of corruption earlier this year. Another is the clan surrounding Rustam Inoyatov, the longtime secret-police chief. Shavkat Mirziyoyev, the prime minister, is also said to hate her.
“We don’t know which of these is her biggest rival, but they certainly want to destroy her business empire and political influence,” says Mr Kislov, the journalist. “She’s the only person close to the president who can challenge them.” Intriguingly, Ms Karimova’s cousin, Akbarali Abdullayev, sometimes described as her “purse”, was arrested earlier this month on suspicion of running an organised criminal racket.
When the succession is decided, it is likely, as with most important decisions in Uzbekistan, to be behind closed doors. Ms Karimova, however, has the capacity to inject a bit of public drama.
… See full article
Posted by chris macrae at 9:33 AM