below is a story -  of Sheikha Moza, Guterres and all unknown refugee girls story -
\ you could help amy with --- amy is making a chinese version but japanese and india versions cool too
there is a problem with the this story which is the same as the problem harrison owen first introduced amy to
- conventional wisdom western people in power especially those in education will do everything they can to discredit anyone telling this story -
its a problem that is bringing us to the verge of insane wars- so we may say its quite important for young storytellers to know how to open space

==================
E4 Sheikha Moza- Imagine all the people Part 1 (Lennon).
Through our Diaspora Scot and Indian family’s  20th diaries of observing entrepreneurs,
we have noted two opposite mindsets :
Type 2 those who love imagineering with the peoples
Type 1 those masters of administrating who despise such an exercise as not intellectual enough.
Here is one of the 2 most imaginative exercises the half of the world under 30 who grew up with the www have helped me search. For those who know how to value a more imaginative type 2 exercise please share, for others you probably wont want to read this (but any errors in messengering are mine alone chris.macrae@yahoo.co.uk )
The last decade introduced me to a diary exercise way beyond any practical ability I’ll ever have. It starts up like this:
What if 46 years ago you sat in the middle of absolute destruction in rural villages (just hit by a cyclone killing 1 million people in the 8th most populous nation brand new to the world but in tatters after a war of independence located at the eastern corridor of what century old maps had called the British Raj (transferred 1858 to governance by Queen Victoria from the East Indies company)
You looked around with no electricity and searched for solutions to community building that could be replicated by the world’s poorest mothers and their daughters. While mcdonalds and coke macrofranchised obesity, your first puzzle was trying to microfranchise enough local nutrition for infants to breathe more than 1000 days 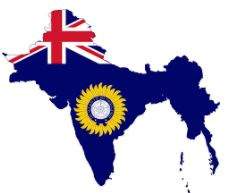 – my key point lot of pessimism in world – I want to market optimism –
thats why I can up with has west lost it it – main thesis west can do as well a  rest but needs to relearn the value of its own 7 pillars- so eg china now celebrates pillar of free trade (why has west lost it) - the world is being turned upside down the more usa loses this pilar
Educate west population you need to make structural readjustment but you can do very well from that – huge middle class growth in asia will be an opportunity to trade but to do that west needs to change and look at world holistically and see the new opportunities- west needs youth to rediscover its confidence
Posted by chris macrae at 11:00 PM