6 scottish entrepreneurial revolution coalitions
Posted by chris macrae at 10:54 AM No comments:

Korea and human sustainability of millennnials

February update: olympics shows why youth (the half of the world aged under 30 whose livelihoods will determine human sustainability or exctinction) to celebrate moon jae-in and jack ma as top 10 world record jobs creators for many years to come

December 2014 update we now know that 2 world class institutions will be moderated by Koreans during 2015 year that those who value millennials are invited to transform to sustainability goals http://www.un.org/ga/search/view_doc.asp?symbol=A/69/700&Lang=E

index
Ham Sŏkhŏn’s Pacifism and the Reunification of Korea: A Quaker Theology of Peace

Korea in Year of 2010 from diaries of Clan Macrae
Posted by chris macrae at 1:25 AM No comments:

Ham Sŏkhŏn’s Pacifism and the Reunification of Korea: A Quaker Theology of Peace
Jung, Jiseok

This book explores the extent to which Ham Sŏkhŏn’s Quaker involvement affected his approach to Korean Reunification Theology (KRT), and the degree to which elements of KRT can be located within Quaker Peace Testimony (QPT). For this, QPT, Ham’s ideas of peace, and KRT are explored in turn, and in particular Ham’s ideas of peace are considered as a bridge between QPT and KRT.

It is suggested that the twentieth-century QPT was peace-centric, tolerant, and based in pluralism clearly different from the nineteenth century anti-war testimony. It is argued that liberal Quakerism influenced the shifts of QPT. Conscientious Objection and relief are considered as concrete expressions of the twentieth century QPT.

This book proves that there is a connection between parts of QPT, Ham’s ideas of peace and KRT, provides an original contribution to knowledge, and increases the academic understanding of both Ham’s life and thought, and the nature of KRT.

“This important book highlights significant research into the influence of Ham Sŏkhŏn on ‘Korean reunification theology’ and the influence on Ham in turn from the Quakerism he drew inspiration from in his later life ... Dr. Jung systematically outlines the unique aspects of the Quaker ‘peace testimony’, their historic witness against war and violence, the key ideas of Ham Sŏkhŏn, and the main ideas of Korean reunification theology. Dr. Jung guides the reader through complex material with great clarity of thought and an essential nuance, carefully delineating different sets of key ideas from each other and placing them in their context. There are few enough books on any of these topics, but Dr. Jung provides the highly original and additional valuable task of showing how the three link together through the life and teaching of Ham Sŏkhŏn. This book adds significantly to the literature in each of these areas of scholarship.” – (from the Foreword) Dr. ‘Ben’ Pink Dandelion, Woodbrooke Quaker Study Centre, University of Birmingham

“Ham Sŏkhŏn (1901-89) was a remarkable man. A prophet for democracy and religious pluralism within Asia, he was known as the ‘Gandhi of Korea’ emerging after the Second World War as an important figure within his homeland. Ham’s Quakerism – particularly his attraction to the Friends’ peace declaration of 1661 and Korean reunification theology which he developed – informed a life of non-violence and genuine freedom for his tragically divided country ... Dr. Jung has written a lively account of the complicated development of Ham’s theology and life-work, contextualizing it within the brittle reality of Korea politics. For this reason alone, Dr. Jung’s work is timely and highly recommended.” – Professor Gerard Guiton, Pendle Hill Quaker Study Center

“This well-researched and well-written book is a very useful addition to the Quaker Studies literature. Dr. Jiseok Jung presents the life of Ham Sŏkhŏn with considerable care and attention to detail. Ham was, without doubt, a major figure in the peace movement, not only in South Korea, but also in a more global sense. It is very good that, at last, we have available to us a meticulous and engaging account of his life.” – Professor Peter Collins, Durham University

“This book is a major contribution to peace theology in Korean academic circle. Dr Jung’s exploration of Quaker pacifism provides a spiritual basis of Christian pacifism to Korean Christianity. His clear, intellectual, and historical analysis of Ham Sŏkhŏn’s ideas of peace and five reunification theologians’ thinking reveals the unique feature of peace in the Korean historical context with the experience of colonialism, Korean war, the division and the conflict between North and South Korea.” – Professor Suil Chae, Hanshin University
Posted by chris macrae at 1:26 AM No comments: 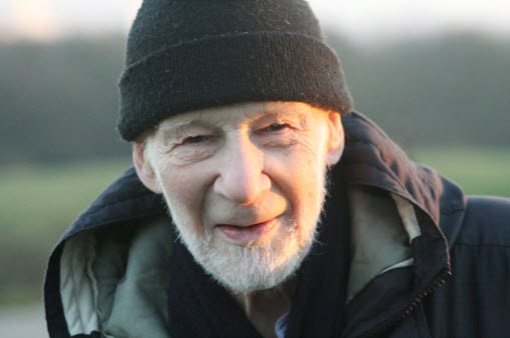 Mission Unfinished was published on March 6th 2010 in London.  You can download the book Mission Unfinished and also listen to Norman reading the book.
Comments : Leave a Comment »
Tags: church, church of scotland, korea, minister, mission, missionary, nigeria, norman macrae, rev. norman macrae, scotland, scottish
Categories : Uncategorized
This is written in response to the urgings of a considerable number of people, who think that some of the memories, as well as the records of a gratefully varied life should be committed to paper, or whatever other means there may be of preserving and sharing knowledge.
The stories of a much wider family connection are already available in other works, but this may be of more special interest to the descendants of John Farquhar Macrae and his first wife, Bertha Christian Livingstone Learmonth, and particularly those of their son, Frederick John Learmonth Macrae, of whom, at the present count, are 33.  I hope they will link it up and fit it in with their own memories, records, letters or whatever.
We are living in times of much more rapid social change than any other period in history and points where family memories impinge on world events are worth noting. For the present, this mix of family traditions and personal memories is offered to keep the story going and in gratitude for being part of the ongoing tale that is told.
Norman C. Macrae
Edinburgh 2010

The Story Begins and The Disruption

You can also hear

Part 4   Fred and Margaret (part 2), Masan and The Next Furlough

Part 6   Our Return to Britain, Sedburgh and Edinburgh and Korea (part 1)

Part 8   Farquhar’s Story, Back to the War, Licensing Ordination and Appointment and Origins of the Calabar Mission

Mission Unfinished
Norman C. Macrae
A century of family life and mission
work – from Scotland
to the Far East to Africa ...and back. some extracts: go to page 8 below if you want to start at Korea in the year of 1910

Posted by chris macrae at 1:42 AM No comments: